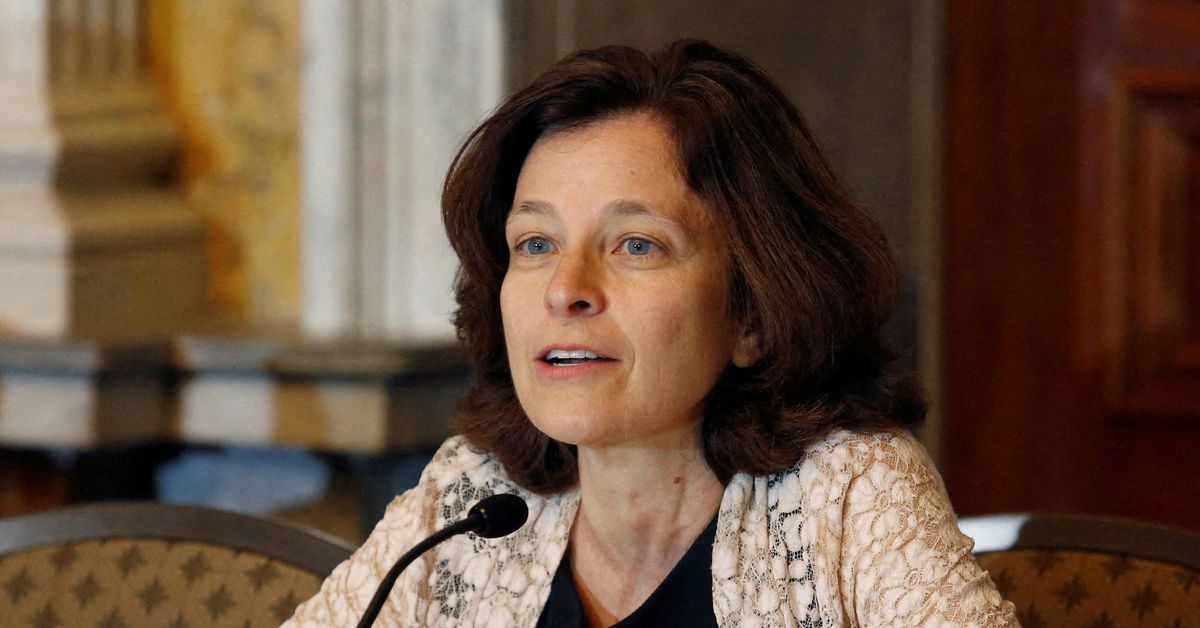 Sarah Bloom Raskin, in her role as deputy Treasury secretary in October 2014, participates in an open meeting of the President’s Advisory Council on Financial Capability for Young Americans at the Treasury Department in Washington, October 2, 2014. REUTERS/Yuri Gripas/File Photo

WASHINGTON, Feb 2 (Reuters) – Sarah Bloom Raskin, President Joe Biden’s pick to lead the Federal Reserve’s regulatory work, plans to tell lawmakers she does not believe the role includes telling banks where they should be lending.

In prepared testimony posted by the U.S. Senate Banking Committee on Wednesday ahead of her nomination hearing on Thursday, Raskin said the role of vice chair for supervision requires broad consultation inside and outside of the Fed on how best to ensure banks are managing their risks.

But that job does not include telling banks where they should be lending, a rebuttal to accusations from Republicans and some industry groups that she might discourage banks from investing in fossil fuels in her capacity at the Fed.

“The role does not involve directing banks to make loans only to specific sectors, or to avoid making loans to particular sectors. And the role exists within the laws passed by Congress that govern the Federal Reserve and its responsibilities,” her prepared testimony states.

Raskin, a former Fed governor and senior Treasury official under President Barack Obama, is widely expected to press for stricter scrutiny of banks than when Fed bank oversight was run by Randal Quarles, a Republican who left the Fed in December.

In her prepared testimony, Raskin said the 2008 financial crisis shows bank supervisors must be attentive to risks “no matter where they come from,” mentioning everything from cyberattacks to “cataclysmic weather-related events” as meriting scrutiny.