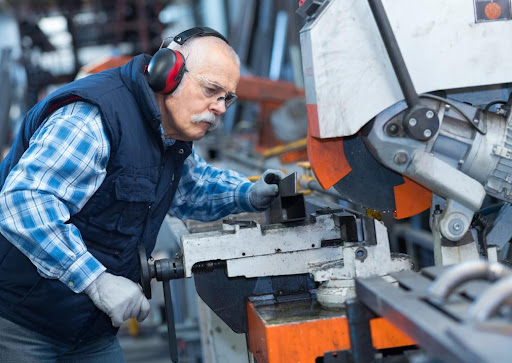 According to the U.S. Bureau of Labor Statistics, the outlook for the number of machinists needed across all sectors of U.S. industry is up 7% in the decade leading to 2030. Translating to about 47,500 openings for machinists and tool and die makers each year, the bureau indicates this increase is about average for all occupations. Many of the openings will come about because of retirement or because workers have moved to different occupations. In other words, this vocation is on track to see healthy growth compared to other industrial occupations.

Machinists are skilled in operating tools that produce precision parts and instruments, typically from metal. In addition to creating tools and parts using milling and drilling machines, grinders, and lathes, they may also repair or maintain industrial machines, drawing on their knowledge of mechanics, mathematics, metal properties, and other areas of expertise. One particular subset of machinists operates computer numerically controlled equipment, or CNC equipment, which is extremely precise. Machinists typically need a high school education to find a job in the profession. And while some are trained on the job, others receive their training via apprenticeships or vocational courses.

In May 2020, the average median wage for a machinist across all industries was $45,840, and when this figure is broken down by industry, it points to some interesting opportunities. Revelation Machinery compiled the annual median salaries for machinists across all industries by analyzing the Bureau of Labor Statistics’ most recent data for occupational employment and wages. While the manufacturing sector employs the most machinists nationally at more than 295,000, that industry had an annual median salary of $45,610—less than the overall average—and thus did not make this top 10 list. Several key economic industries, however, did. 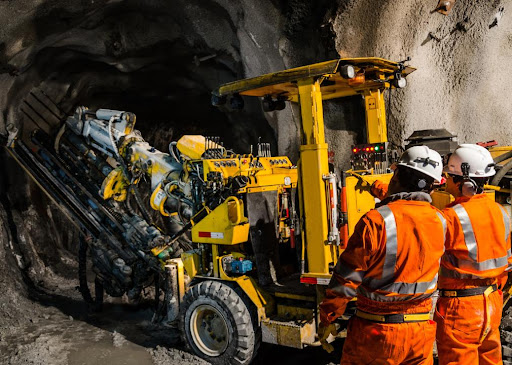 Coal mining is a struggling industry in the United States. Lower natural gas prices have made coal less competitive, and in the long term, the country is moving away from fossil fuels to help combat climate change. By the end of 2020, there were only 551 producing coal mines, down from a peak of 1,435 in 2008. But there are other types of mining in the country—gold, for example. Mines in the U.S. produced $82.3 billion worth of minerals in 2020. 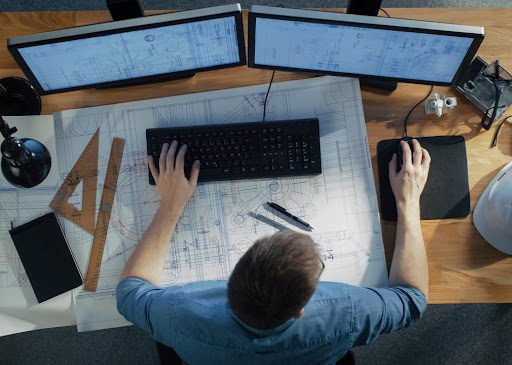 Companies in this area provide professional, scientific, and technical services—architecture and engineering, for example. One architecture firm, SHoP Architects in New York, made headlines in December 2021 when its architects expressed they wanted to join the International Association of Machinists and Aerospace Workers. The New York Times said it apparently would be the only union in the country at a prominent private architecture firm. In the engineering field, engineers and machinists work closely with one another, with engineers designing a way to manufacture a complex part and machinists carrying out its production. 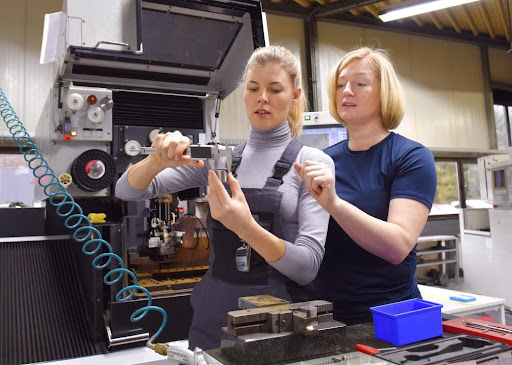 Machinists learn their skills through on-the-job training but also in apprenticeships, vocational schools, and community or technical colleges. To become a machinist instructor, you must have at least five years of experience as a machinist at the journey level, or registed as fully qualified in a particular industry, in addition to having completed a training program or apprenticeship, according to ZipRecruiter. Necessary skills include reading and interpreting project specifications and a knowledge of safety practices. Besides showing students how to operate equipment, instructors also teach them how to read and interpret specifications. Experience as a school mentor is a plus. 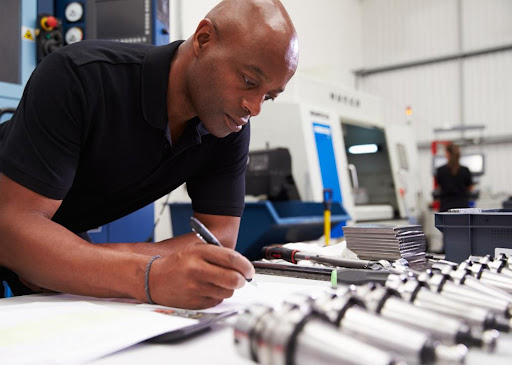 Precision work is needed in the medical field for artificial joints, rods, bone screws, surgical instruments, and more. Demand is growing as the population ages. Computer numerically controlled machines are important in making prosthetics and medical devices that are often both small and complex. A Swiss-type lathe, or a Swiss automatic lathe, can produce very small parts quickly and accurately. 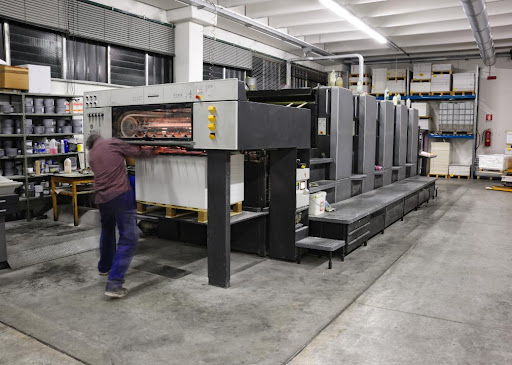 The information sector is broad, spanning from traditional publishing houses to telecommunications companies to the film, sound recording, and broadcasting industries. Data processing, information storage, and search engines all fall within this area. In the film industry, for example, machinists are needed to make sets or props, which can include anything from a metal sword to full armor. In media, they might oversee the maintenance and repairs of traditional printing presses. The communications industry, meanwhile, needs a wide range of precision parts, from antenna components to wireless infrastructure equipment. 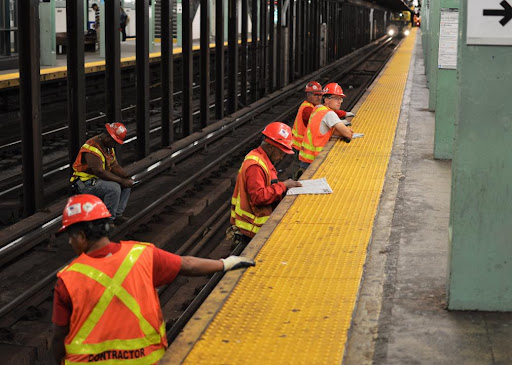 Public transportation systems across the country employ machinists to keep subways, trains, streetcars, buses, and ferries moving. Rail technician machinists, for example, must be skilled at reading blueprints, replacing broken parts, and using precision calibration instruments, among other tasks. The bipartisan Infrastructure Investment and Jobs Act, signed into law by President Joe Biden in 2021, will direct $550 billion in new funding to rebuild the country’s infrastructure, including roads and bridges. The White House says the $1.2 trillion law is the largest investment in infrastructure since the construction of the interstate highway system that began during the Eisenhower administration in the 1950s. The bill also provides $15 billion for lead service line replacement, which will have a direct bearing on machinist vocations, as well. 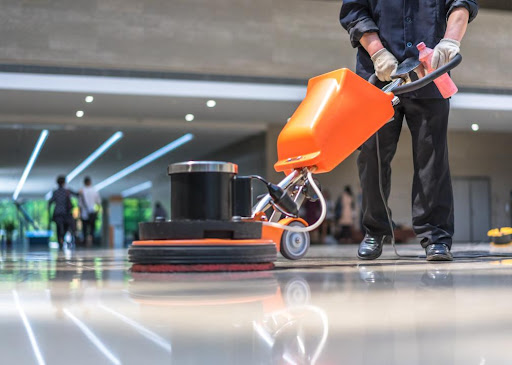 #4. Management of companies and enterprises

Part of the greater professional business services sector, these companies perform essential services for other companies, often in-house. The administrative support provided for day-to-day operations can involve cleaning and waste disposal, as well as services to buildings and facility support services. Machinists working in this field could be at a senior level in supervisory roles. 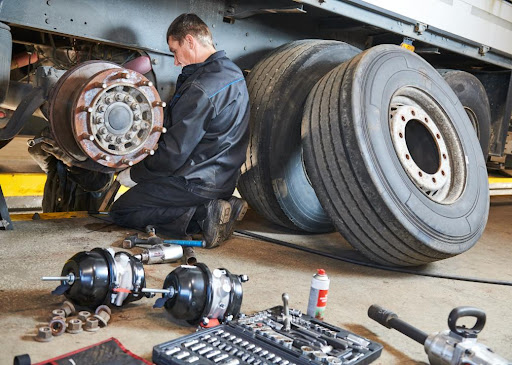 Machinists are employed at many levels of federal, state, and local government. Municipalities, for example, often have automotive departments that maintain vehicles and maintenance machinery, including equipment used for snow and ice control and road repairs and resurfacing. Regularly maintaining, repairing, or overhauling of diesel trucks, buses, fire-fighting vehicles, tractors, and other vehicles is a requirement for any government agency overseeing physical infrastructure. The federal government also hires machinists in a variety of agencies. At the U.S. Mint, for example, top jobs involve machines that make the country’s coins. 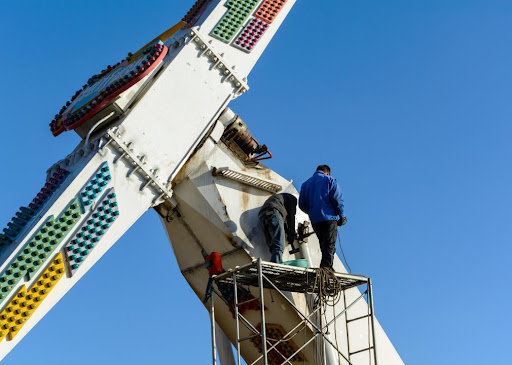 The arts, entertainment, and recreation sector is varied. It encompasses spectator sports, performing arts venues, museums, historical sites, amusement parks, and casinos, according to the Bureau of Labor Statistics. For example, Universal Orlando Resort, an amusement park in Florida, employs machinists to manufacture machine components according to blueprint specifications and perform complex measurements for various rides and other interactive forms of entertainment, as well as modes of transportation. Casinos are another perhaps unrealized venue for employees with machinist training, as the maintenance and repair of facilities including electronic gambling equipment is a core service that keeps such a business thriving. 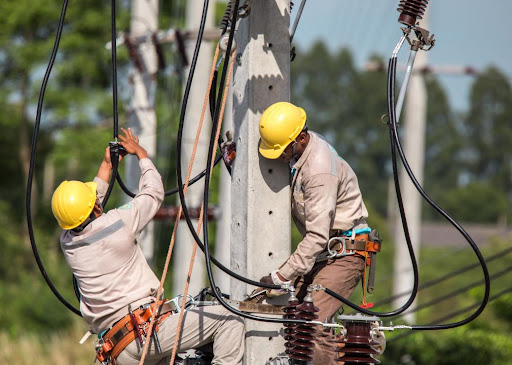 Utility companies—which generate electric power, provide natural gas, supply water, and remove sewage—hire machinists across the country. Electric companies require machinists to work on grounding electrical power systems who are skilled in setting up, programming, and operating lathes, milling machines, and computer numerically controlled machines. The water quality industry hires machinists to install and maintain water piping, manage wastewater plants (which are largely machine-guided operations), and install fields of electrical cables. This is a sector that is primed to see significant growth and change in the near term.

Revelation Machinery is a used fabrication, CNC, and process equipment dealer. We offer a large inventory of machines at competitive prices. Our reps and our machines are strategically located throughout the US so taht we can provide timely, efficient delivery and first-class, on-site service no matter where our customers are. Check out our current inventory of used CNC Machines.